AMD’s Zen CPU Chip Aims To Shake Up The Market

AMD recently revealed their upcoming Zen line of CPUs, which are alleged to be able to match the processing power and speed of Intel’s top processors. If AMD’s claims ring true, this will surely shake up the CPU market which has long been ruled solely by Intel. And when two companies compete, the consumer always wins.

AMD’s main line of Zen chips is the Summit Ridge line, which are aimed at high-end desktop computers. They will feature 8 cores and makes use of multi-threading, which is a common feature that makes use of virtual cores for more power. Put simply, it can essentially function like it has 16 threads.

They will also feature a second line, currently called Naples, which will feature an impressive 32 cores with multi-threading, increasing the power up to 64 threads. This super power line of chips will likely not be common in household computers, but reserved more for business servers and other industrial types of systems. To understand how this compares to the current top end of the market, let’s take a moment to look at Intel’s front runner chips currently out.

Intel’s current flagship chip is the Intel Broadwell-E Core i7 CPU, which just released in may this year. The typical home version of this chip features 6 cores, while the industrial versions come in variants of 8 or 10 cores. They all feature hyperthreading, which is Intel’s version of multi-threading technology.

While the home version of the Intel models obviously feature less cores, this doesn’t necessarily translate directly into less power. A common theme through the last few years of tech history has been AMD products focusing on more cores and multi-threading while Intel products focusing on features cores and stronger overall processing power.

The differences in how the companies build their products can make it difficult to make a clear comparison between them based solely on their specs. The only way to truly get a feel for their power disparity is to run side by side benchmark tests. Which brings us to our next point…

The Zen AMD Chip Ran As Well Or Better In Tests 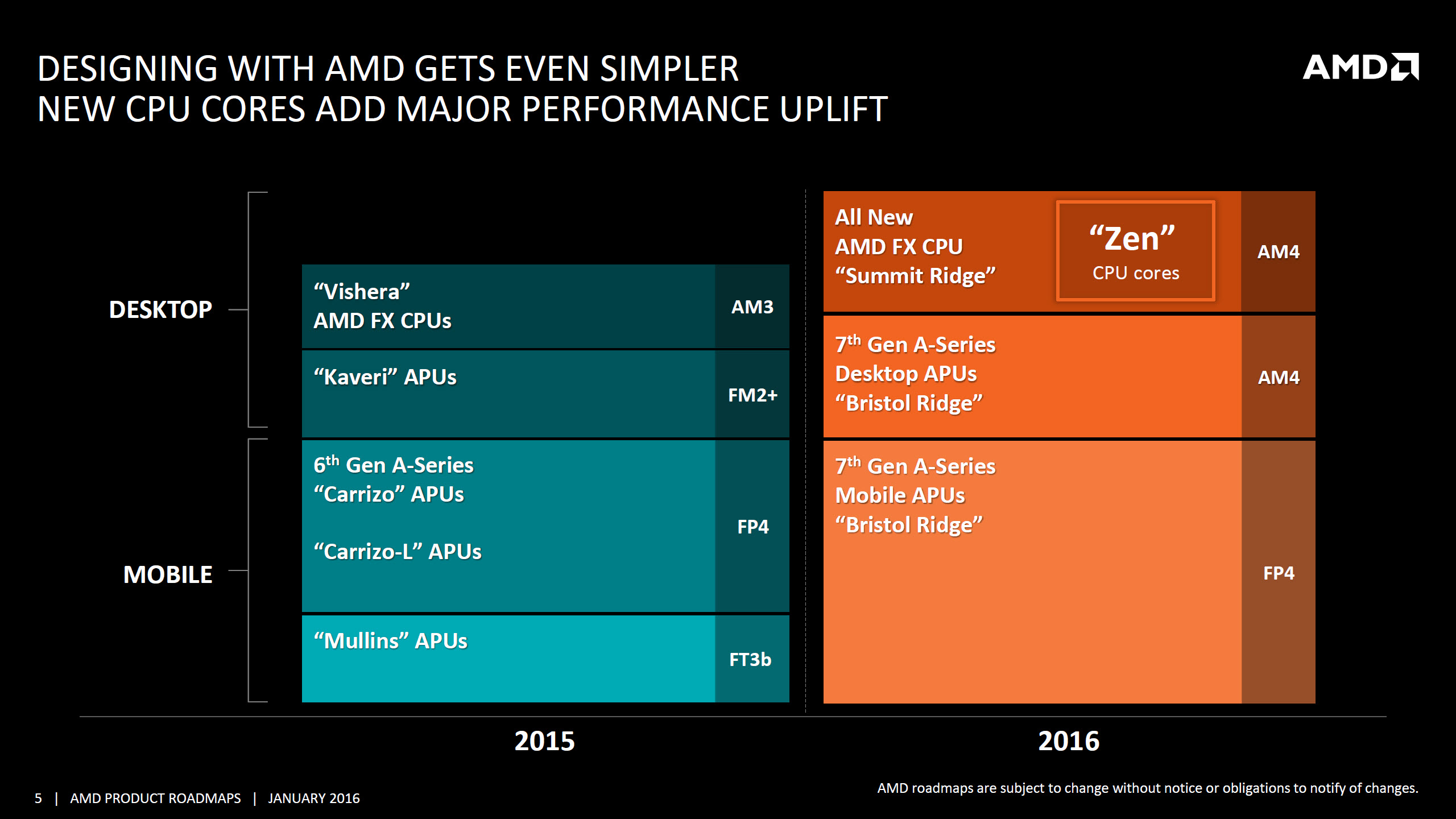 When AMD announced their new line of CPU chips, they knew full well that people have long seen them as a poor man’s Intel. For almost a decade, the facts have been that if you are looking for performance at any cost, you go Intel. However, if you can’t afford Intel, AMD is an acceptable backup plan.

AMD knew they needed to not just introduce a stellar product, but also do everything they could to change this perception and prove that they have every right to sit on the throne as well as Intel. Therefore, AMD featured and onstage, live benchmark test in front of a crowd of reporters when they announced the Zen line.

In the demonstration, both chips performed extremely well, but the AMD chip barely beat out the scores of the Intel chip.

What This Means For You 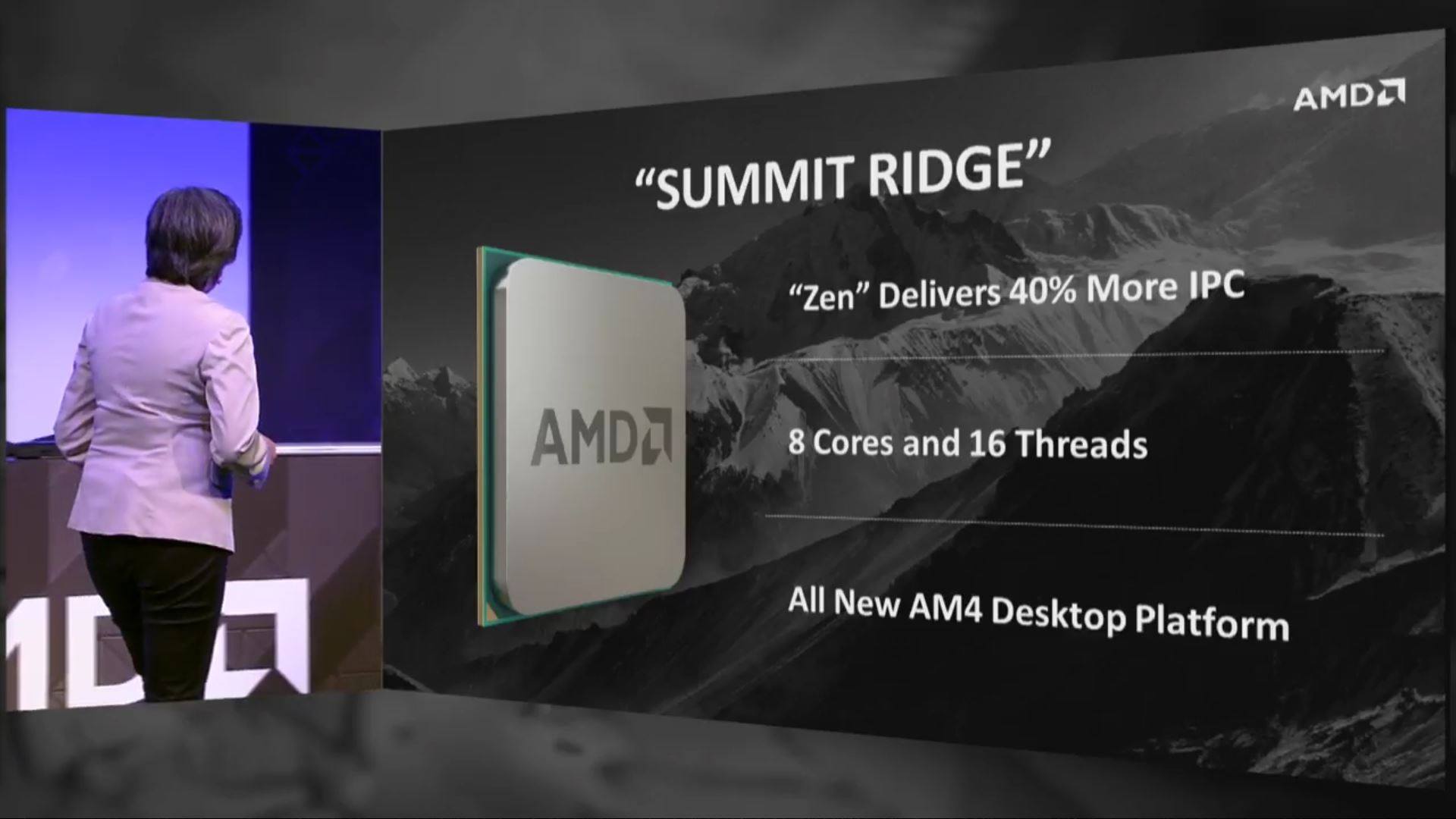 AMD’s benchmark test looks promising, but it still remains to be testing on the market. It certainly wouldn’t be the first time if a company ran a misleading test that oh so magically happened to turn out in their favor. However, with the chip so close to release, it’s unlikely that they’d be very misleading because the public backlash would sink them if the product didn’t hold up.

The point is that whether the new AMD chip set is slightly better or slightly worse than the Intel chip set doesn’t much matter. What matters is that Intel finally has some real competition in the CPU game, and this will change the industry almost immediately.

It’s the law of the monopoly. When one company is the clear winner in any industry, they’re allowed to play lazy. They can hold back on benefits and price cuts because consumers have no other alternative. But when competition creeps in, the race is on. Now both companies will need to work to make customers happy.

The bottom line is that this news is bigger than whether you support Intel or AMD. Everyone should be happy to hear that Intel finally just might have found some competition on the market.

If you’re looking to pick up one of these new AMD Summit Ridge chips, reports set their release date anywhere from October to early 2017. If you’re not in the market for a new CPU at the moment, this is still news you’d do well to keep up to date on. The computer industry is already an exciting place to be part of, with its exponential growth reaching new heights every year. However, with AMD now challenging Intel’s supremacy, the industry is about to get that much more exciting for you and me.