G is for Google Gigantic Group with ALPHABET?

Now, G is for Google Gigantic Group with Alphabet? Yes, seriously. If Google is already gigantic, think how big the group will be. Well, at least that what was written by Larry on abc.xyz - the official website of Alphabet Inc.

He stated that Sergey and him were thrilled to create Alphabet. Larry will be the CEO and the so-called capable partner will be the president. It was a way chosen to upgrade their current business’s accountability and transparency. To avoid confusion, he affirmed that Alphabet is a ‘collection of companies’. Woohoo… if we were them, we would feel happy as well, Dude. Having two, three, hundreds of giants in one group? Who would not be?

Now, wait… .xyz? So, can we take the bet that parents can do anything to their children, including adding a new strange URL extension? Oh well, at least that gives the URL vendors got new things to tag on their shelf.

Why in the world, G?

So, Larry and Sergey have made a romantic vow when they created that letter G. They wanted Google to be non-conventional from the very beginning as a company. This was reminded on the official blog in the 11 year-old letters of initial founders.

It stated that they started doing crazy things like inventing and speculating with the resources they have. The stuff like Google Maps, YouTube, Chrome, and Android was just a beginning as they attempted to do more. So, just like other inventors, they could not stop. But, management a.k.a. business usually has that boundaries that could not be negotiated. Businesses love capitals. Capitals hate inventions. Instead, they prefer to cheat with profits to gain more capitals. So, there goes the love triangle that probably becomes the basis of Alphabet company foundation.

Ah yes, so they refused to be parents who age, become boring, decay, and die. As a result, they adopt a parent with an odd URL to make that fountain of youth. So, in other words, they still have the right to be crazy and blame the parents for not really doing their job well.

This also applies to the brothers. They can be as original as they can and not to be called another Google. They gave a cool description about how they give the cake to the other companies and people in it. Choosing Sundar as Google’s CEO was taken after some get-togethers with him. Susan was another named mention as a successful CEO who has done all of the brand-awareness campaign and growing the company well. Oh, yeah, Sundar Pichai, the center of attraction is on you now.

Another analysis is that the restructure might be just like Google labs that have graduates and dropouts. If their brothers mess up, let them commit suicide or kick them out of the house! Really. Check the detail taken from abc.xyz to prove it.

Or, let’s suumarize. Now, they have started a new business chapter by giving born to a new parent named Alphavet. They were excited to be a child who give birth to a parent and not the other way around since it’s too conventional.

Why Alphabet? Because they said it represents language – human’s most important innovations. Besides, it also becomes the core business of Google search: algorithm. And finally… drum roll…. investment return above benchmark or alpha-bet. Yes, underline the word return, Ladies and Gentlemen.

But, is that all? Nope. The whole point is in the line saying they bestow the independence to Alphabet companies to develop on their own. On their own, man. Not on your brothers, moreover your mother.

Read that beautiful bold, you, Brutus! Smart move, Caesar! Don’t let any failure of your brothers get on your way to rule the world!

Is it a prank? 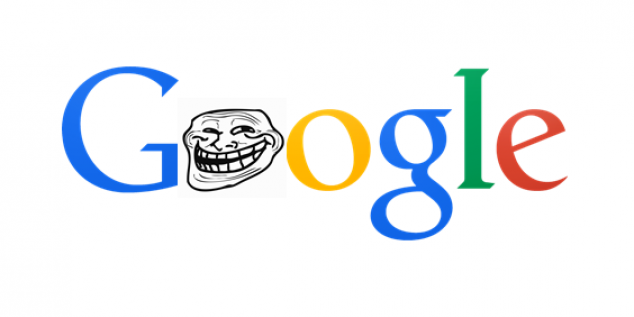 If you question this, you might be one of those people who still remember that glorious April Fool Google made about the Gmail Paper. Hopefully are not the one who still feel after sharing the info, being trusted by the network, and finally being called a scammer.

But, since the news was not launched in April, we can breathe easily now. Besides, the troll made by Bing by redirecting abc.wtf to theirs made this news appear to be fresh.

And perhaps you question that link on the website redirecting to a fake website hooli.xyz. The one located in the eighth paragraph – after a clause “drone delivery effort” – on the front page of Alphabet Inc. website.

Err, that might be something, at least for those who like to watch the HBO comedy series Silicon Valley. It does mention about Hooli – a Google-like company that made a division called XYZ. But come on. It’s Google. Didn’t they say that they are not conventional? The hyperlink is too obvious to be made as a prank. ٌRemember, predictable is conventional, Google said.

So, by that said, hopefully we don’t see any AlphaMail to replace Gmail in the future. That would be too predictable, right G?